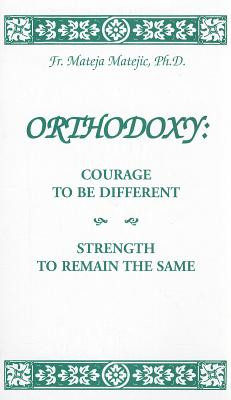 Orthodoxy: Courage to be Different - Strength to Remain the Same

A forceful exhortation to Orthodox Christians to uphold the uniqueness of their traditions and not to be overly influenced by the surrounding Roman Catholic and/or Protestant religious cultures of Western countries. A short history of the Church is followed by a comparison of the points of difference in belief and practice between the Orthodox, Roman Catholic and Protestant churches. A overview of Orthodox teaching and practice is then given. All of this leads to the conclusion that there is no need for Orthodoxy to modify its Faith and Life but rather to stand firm in the Truth it has been given.

This book is highly recommonded as an 'introduction to Orthodoxy, for those already in the Church.'