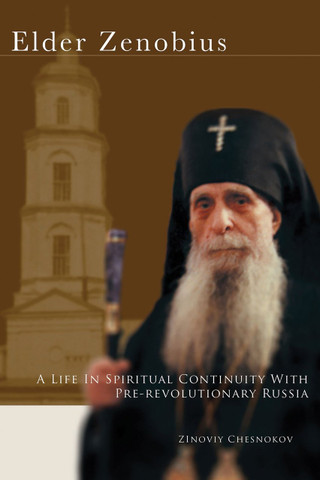 Elder Zenobius: A Life In Spiritual Continuity With Pre-revolutionary Russia

The life of a twentieth century spiritual elder based on the recollections of many contemporary figures who knew him, including Patriarch Ilia of Georgia and Metropolitan Hilarion (Alfeyev) of Volokolamsk.

Elder Zenobius was an example of authentic Christian life, faith and leadership. His life illustrates how the Orthodox Church in Russia survived its Babylonian captivity of atheist persecutions and repression. A spiritual son of the last elders of the pre-revolutionary Glinsk Hermitage, he suffered in the Soviet camps never knowing if each day given to him by God would be his last. Living as a simple monk, even after becoming a metropolitan, he always focused on the inner man, despite the active demands of the episcopate.

He gave his time and love freely to all who came to him without consideration for his own comfort or needs. In return God gave him the rare ability to see into peoples' hearts and discern their motives, whilst simultaneously making them feel loved and at peace in his presence. His life is a witness to the continuance of God's Grace in His Church amidst the upheavals and sufferings of the twentieth century.