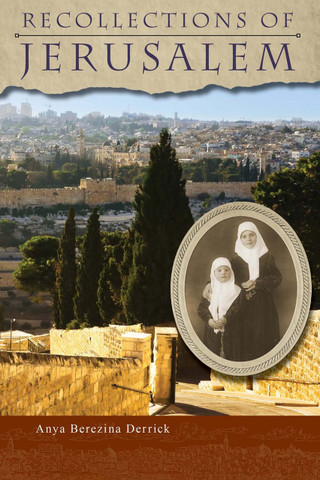 If I forget thee, O Jerusalem, let my right hand be forgotten.  Psalm 136:5

Recollections of Jerusalem vividly opens up to us a world very different from our own. It affords the rare opportunity to see major world events through the eyes of one shaped by them, but unable to influence them.

At the outset of World War II, the author, still a young child, travelled to Jerusalem with her mother on pilgrimage. Prevented by the conflict from returning to their home in Yugoslavia, they began a new life, intimately entwined with the city of Jerusalem.

In Jerusalem Anya was raised in the spirit of Holy Russia, manifested in the life of the Russian Ecclesiastical Mission, the Mount of Olives convent, the Gethsemane convent, and the Bethany School. Her spiritual life was nurtured by St John (Maximovitch) of Shanghai and San Francisco, Archbishop Antony (Sinkevich) of Los Angeles, Archpriest George Grabbe, Mother Mary (Robinson), and in particular the English priest-monk Lazarus (Moore). Through Anya’s eyes, we gain new perspectives on their lives and ministries.

Her experiences in Jerusalem would sustain her faith during later years, following her marriage in America, when the Church was geographically distant from Anya and her burgeoning family. Ultimately they would lead her back to the Holy Land with her husband and children.

From a historical perspective, these recollections offer a window into the struggles and aspirations of the Russian diaspora after the Communist takeover of their ancestral homeland. It shows how events such as the Bolshevik revolution, the Russian civil war, and the Arab–Israeli conflict have shaped present realities.