On Wednesday, 31st March (O.S.), the feast of Saint Jonah and Saint Innocent, Metropolitans of Moscow, the church commemorated the 40th anniversary of the repose of Archbishop Averky of Syracuse, former Abbot of Holy Trinity Monastery and rector of Holy Trinity Orthodox Seminary.

Among the many luminaries of the Russian Orthodox Church Outside of Russia, Vladyka Averky is remembered as one of its most steadfast defenders of the Orthodox faith, a podvig that he carried out by means of his voluminous writings, by instructing his seminarians in the ancient teachings, and by his tireless preaching of the unchanging truth of Orthodoxy.

Born into an aristocratic family in Imperial Russia, the future Vladyka Averky had to flee with his family to Bulgaria after the tragedies of the Russian Revolution and Civil War. Having cultivated a desire for the monastic life from his youth, he was confirmed in this desire by his association with Archbishop Theophan of Poltava, whom he met in Bulgaria and who encouraged him to study theology at the University of Sofia. Having completed his studies, he was sent to the then-Czechoslovakia, where he was tonsured and ordained, to begin his pastoral and missionary work in Eastern and Central Europe, which would last until 1951.

In this 20-year period, he served as rector of several parishes, as editor of a church newspaper, as a teacher at several schools and as a seminary instructor. His assignments took him not only to Czechoslovakia, but also to Hungary, Serbia, and Germany. Having survived the horrors of the Second World War, and spent six years ministering to Russian refugees at displaced persons camps in Germany, he was assigned to teach at Holy Trinity Orthodox Seminary in 1951, eventually being consecrated bishop here in 1953 and becoming abbot of Holy Trinity Monastery in 1960.

It was during his tenure at Jordanville that Vladyka Averky had his greatest influence, being involved in every aspect of the seminary life, and actively participating in the publications of various journals. He was particularly influential for Father Seraphim (Rose), who lauded him in his many writings Vladyka Averky reposed in 1976, and is buried in the crypt of the cathedral at Holy Trinity Monastery.

Many of Vladyka's writings and seminary lectures have been compiled, translated and published by Holy Trinity Publications. By reading them, one will come to understand that Vladyka Averky had truly acquired an illumined understanding of our fallen world and the roots of the spiritually sick condition of modern humanity. He sought to pass this understanding on to those around him, and to those who loved Christ and His Church and it is with this in mind that we present this partial list to you.

The Struggle For Virtue: Asceticism in a Modern Secular Society 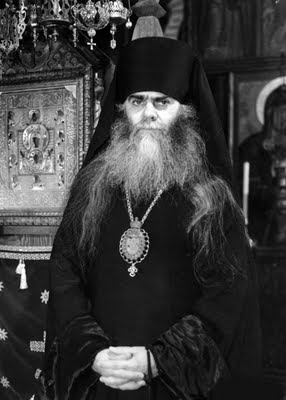