With Great Lent quickly approaching, we offer these new and classic titles for your consideration as you consider what spiritual reading to pick up this year.

Season of Repentance: Lenten Homilies of St John of Kronstadt (Holy Trinity Publications). For the first time a selection of St John's Lenten sermons is presented in English translation. They follow the thematic structure of the Lenten season in the Orthodox Church, from the Sunday of the Publican and the Pharisee through to Great and Holy Friday. A sermon for St Thomas Sunday is offered as an Epilogue. 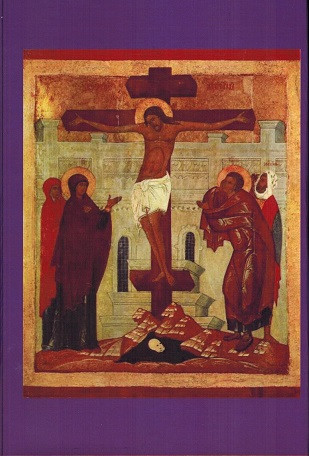 The Lenten Lectionary (St Polycarp Press). For the first time in English, every Old Testament reading for Lent and Holy Week is provided along with other associated prokeimena. New Testament readings are also provided where they are appointed to be read immediately after the Old Testament, thus negating the need to carry two separate books. Great for use in church or at home. 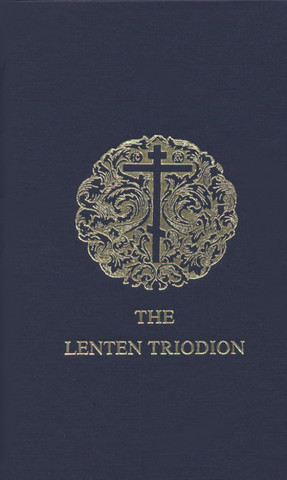 The Lenten Triodion, trans. Mother Mary and Archimandrite Kallistos (Ware) (St. Tikhon's Seminary Press). This conveniently-sized volume contains all the offices to be found in the Lenten Triodion, excluding the daily Triodion hymns outside the first week of Lent and Holy Week. A supplementary volume is available with these additional services. The Lenten Lectionary (above) is a necessary companion as neither of these two contains the appointed scriptural readings for Lenten services. 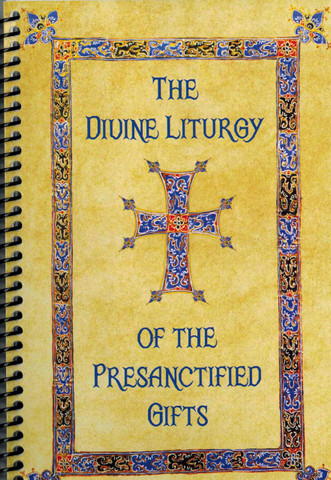 Clergy Service Book: The Divine Liturgy of the Pre-sanctified Gifts (Holy Cross Hermitage). After over 12 years of editing and improving on existing texts, the fathers at the Hermitage have finally compiled an instructive and workable service book using common ROCOR prayers and petitions. ALso included are instructions for preparing the Holy Gifts at the preceding Liturgy. 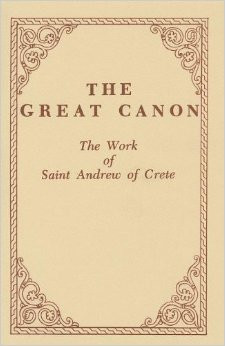 Great Canon: The Work of St Andrew of Crete (Holy Trinity Publications). This is the classic canon of repentance, chanted in parts over the first four days of the Lenten Fast and in its entirety on the Thursday of the fifth week. The full life of St. Mary of Egypt is also given, as read liturgically during Matins on the Thursday of the fifth week.

The First Week: Service Book for the First Week of Great Lent (Holy Trinity Publications). The full liturgical services for the first five days of Clean Week (with the exception of the varying Menaion texts) are now offered free as PDF downloads in memory of Monk John (in the world, Lawrence Campbell), the compiler and editor of these volumes.

Great Lent is a period of intensified liturgical reading of the Old Testament in general, most especially the Psalter. We therefore offer these commentaries to your attention. 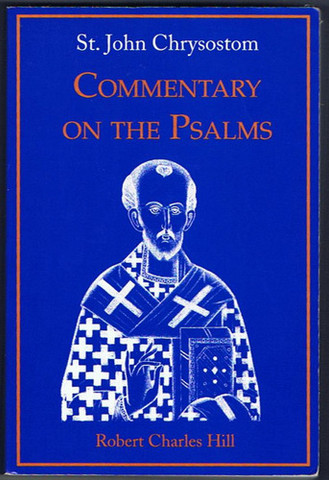 Commentary on the Psalms, by St John Chrysostom (Holy Cross Orthodox Seminary Press). Volume 1 (Psalms 4-13, 44-50) and Volume 2 (Psalms 109-150, with the exception of Psalm 119) These two volumes combine all the extant commentaries of the "Golden Mouth" on the Psalter. A scholarly introduction and comprehensive footnotes are provided. 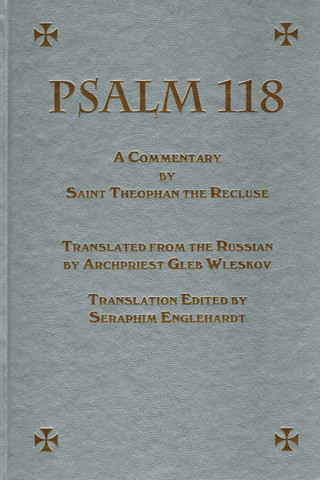 Psalm 118: A Commentary by Saint Theophan the Recluse (St. John of Kronstadt Press, 2014). In this beautifully presented volume, Saint Theophan expounds on all 176 verses of Psalm 118 (LXX), which holds an immense place in the liturgical life of the Church. Its value was also well understood by Blessed Theodoret: "This psalm is sufficient to perfect those who seek absolute virtue, to bring those who live absentmindedly to be attentive to themselves, to inspire those whose spirit has fallen, to reform the careless - in a word, it gives the right medicine for all human weakness." 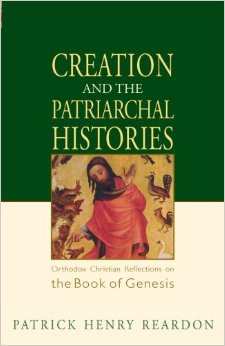 Creation and the Patriarchal Histories: Orthodox Christian Reflections on the Book of Genesis, by Patrick Henry Reardon (Conciliar Press). Along with Proverbs and Isaiah, the Book of Genesis is read almost in its entirety throughout Great Lent. Fr. Patrick's concise and readable commentary illuminates the deep spiritual lessons available to us in these chapters. 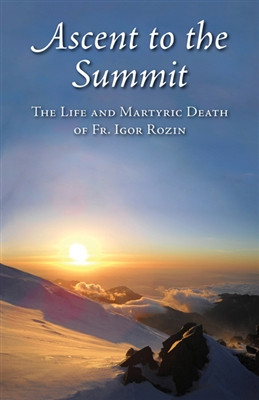 Ascent to the Summit: The Life and Martyric Death of Fr. Igor Rozin (St. Herman Press, 2014). Two years after his priestly ordination, Fr. Igor was martyred by a Muslim extremist furious with his fearless evangelization in Russia's Kabardino-Balkar Republic. This short biography is the touching story of a man who lived the fullest the Gospel teaching: Greater love hath no man than this, that a man lay down his life for his friends. (John 15:13) 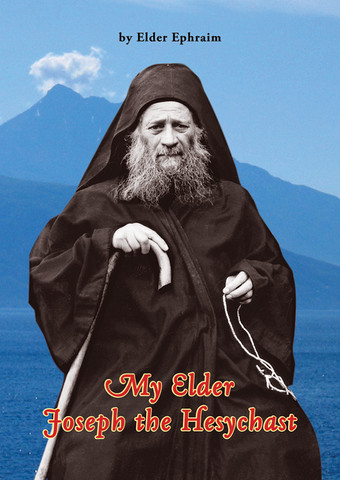 My Elder Joseph the Hesychast, by Elder Ephraim (St. Anthony's Greek Orthodox Monastery, 2014).A cohesive biography, gathered from the recollections and writings of his disciples, of the monk to whom many attribute the monastic revival on Mt Athos in the mid-20th century. 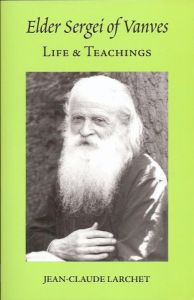 Elder Sergei of Vanves: Life & Teachings, by Jean-Claude Larchet (Divine Ascent Press, 2012). A charismatic but little known luminary of Orthodoxy in Western Europe, Elder Sergius was a man in whom the holy traditions of Old Valaam met the contemporary, post-Christian West. 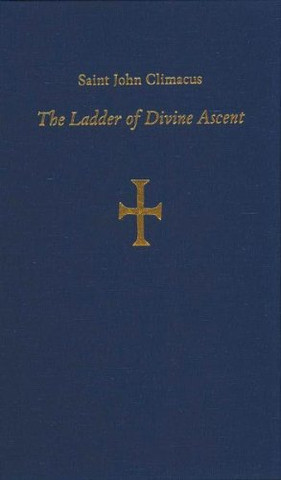 Ladder of Divine Ascent, by St John Climacus (Holy Transfiguration Monastery). Saint John Climacus, sixth century abbot of Sinai, compared the spiritual life to a ladder of thirty steps, and explained in detail the challenges presented by each of these steps. A spiritual classic that in earlier times would be read in church, interspersed throughout the daily services of Great Lent.  Also available as a CD Audiobook

Thirty Steps to Heaven: The Ladder of Divine Ascent for All Walks of Life, by Archim. Vassilios Papavassiliou (Ancient Faith Publishing). For those who might find St. John Climacus's writings difficult, Fr. Vassilios provides a modern "layman's guide" to the thirty steps of ascetic struggle outlined in the Ladder. 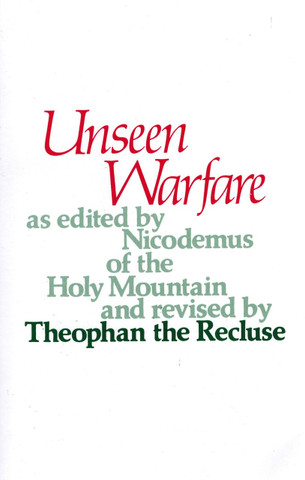 Unseen Warfare, as edited by Nicodemus of the Holy Mountain and revised by Theophan the Recluse (St. Vladimir's Seminary Press) Another spiritual classic often read by the faithful during the period of Great Lent. Fascinating in its origins, as it was originally composed by a 16th century Venetian priest, then edited and revised by two Eastern saints to ensure the text reflected a truly Orthodox spirituality. 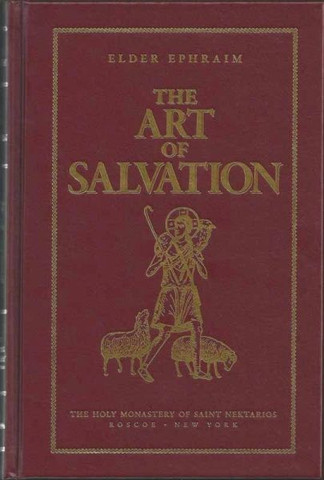 The Art of Salvation, by Elder Ephraim (The Holy Monastery of Saint Nektarios). A personal recommendation of our abbot, Archimandrite Luke, this book contains 33 homilies on the theme of repentance and an introduction by His Eminence Metropolitan Hierotheos (Vlachos). 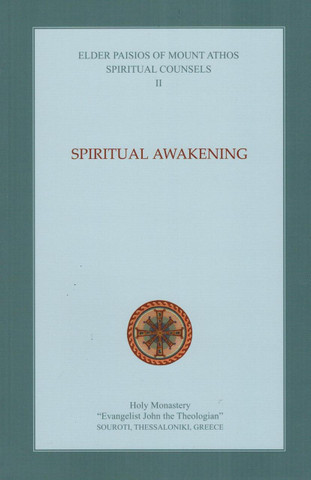 Spiritual Counsels of Elder Paisios of Mount Athos, Vol. 2: Spiritual Awakening (Holy Monastery "Evangelist John the Theologian"). Long revered as an ascetic struggler and spiritual father, Elder Paisios has just recently been recognized by the Holy Synod of the Ecumenical Patriarchate as a saint. So far, four of the six volumes of his collected teachings have been translated into English. 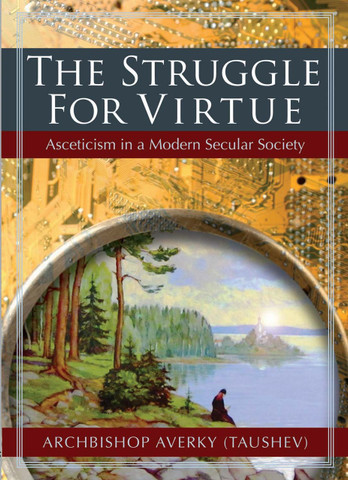 Struggle for  Virtue: Asceticism in a Modern Secular Society, by Archbishop Averky (Taushev) (Holy Trinity Publications). In this series of lectures, the former abbot of Holy Trinity Monastery addresses head on the question, “What is asceticism?” He counters the many false understandings that exist and shows that the practice of authentic asceticism is integral to the spiritual life and the path to blessed communion with God.